“Admitting a five year old to a psych ward is scary and traumatic,” she explained to me.

Contents hide
1 SPD Tools for Parents and Teachers
1.1 Get Your Dose of Montessori Goodness

I glanced over my shoulder across the ER to my son playing a video game. A security guard stood outside his room. The guard looked my way with my bag at his feet. He removed it when I left the room.

The glass that stood between my son and the guard needed cleaning. My eyes continued to trickle tears onto my face, stinging my cheeks. 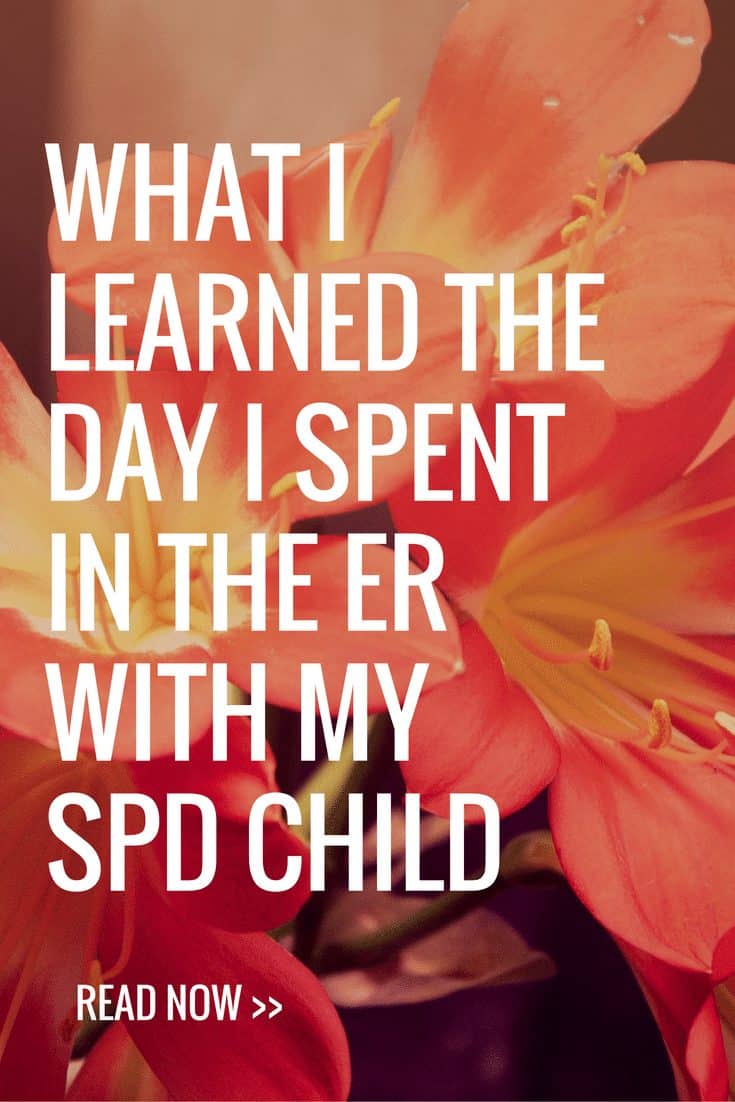 My five-year-old is on the spectrum. No, he hasn’t been diagnosed but I wholeheartedly believe that he has Aspergers syndrome. He is on the margin for sure, extreme in a few of the many defining aspergers characteristics, which makes the case to get him to help a bit more difficult. Many children have most if not all of the symptoms. My hope as his parent is to help guide him to managing his “quirks” by being proactive with the tools I use for my parenting and he uses in his daily life.

Even at the young age of five, my son, especially in his rage, is strong. His rages have not changed relatively. With age and growth, his rages are inevitably more aggressive and more violent than they were even a year ago. 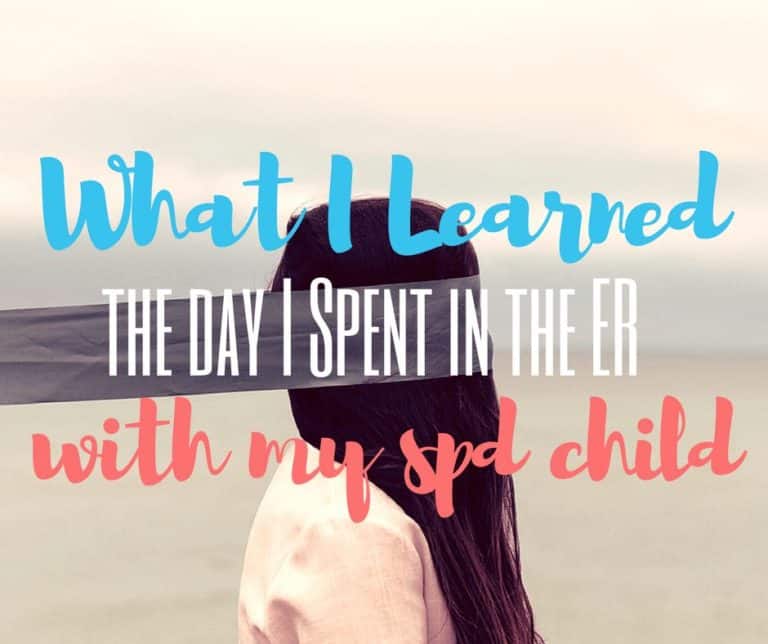 In short, I’m becoming afraid of my son. I cannot handle him physically and am weakened by the scratches, bruises, bites, and bangs. That’s how we ended up in the ER. In order to create a sense of urgency and a paper trail of all that we’ve experienced and tried to implement to help him.

That’s the backstory to how we landed in the ER on a bright, beautiful, warm summer day.

“I don’t believe you should admit him.”

I nodded in agreement with the pediatric mental health counselor and we created an outpatient plan.

I feel compelled to share some tools I learned the day we spent in the ER.

SPD Tools for Parents and Teachers

#1 – Be vigilant with time cues. For example, if York child has 30 minutes until bedtime, give him a reminder him every 5 or 10 minutes. Use a timer if you don’t want to feel like a nag (guilty).

#2 – Don’t lean into punishments. Think about it this way: a parent delivers a consequence to a child based on a behavior the child over which he has little to no control. It is confusing and more frustrating, adding fuel to the fire.

#3 – Visual schedules for the day. Make your own or search on Pinterest for loads of wonderful ideas and resources.

#4 – Map out your days half hour by half hour. Don’t get caught up in following the schedule exactly based on the times but follow the day’s activities.

#5 – Include the child in creating schedules, trigger lists, and calming tools lists

#6 – Make a list of triggers and ways to mitigate the impending explosion. For example, recognize the behaviors that indicate a meltdown is around the corner and move fast to help the child avoid hitting the climax. For us, my son begins to kick around his brothers’ toys. At that point, I can sweep in and give my son one on one time, which is top of his list for helping him calm down.

#7 – Make a list of things that make your child feel better when he’s upset. I call them “calming tools”. Anything from massage to a walk to writing to deep breaths.

#8 – Create a trigger card that lists triggers and what to do when your child feels upset or is melting down. There should en a card for you and one for your child. Create them together.

I hope these ideas help you.
Marnie

Get Your Dose of Montessori Goodness

Directly & Seamlessly Delivered to You. Let me do all the work.

Booyah! Now check your email to confirm your subscription & grab your discount code! I am so happy to have you join our community! Marnie

Our Favorite Workbooks for Kids

Our Learning at Home Schedule