Elementary » The First Great Lesson: The Beginning of the Universe

My son came home one day with a huge smile on his face. He shared that his teachers gave the Montessori First Great Lesson. Consequently, I knew his journey into the Cosmic Curriculum had begun, and he would henceforth be intrigued with the many cultural subjects. Montessori Elementary is simply amazing. 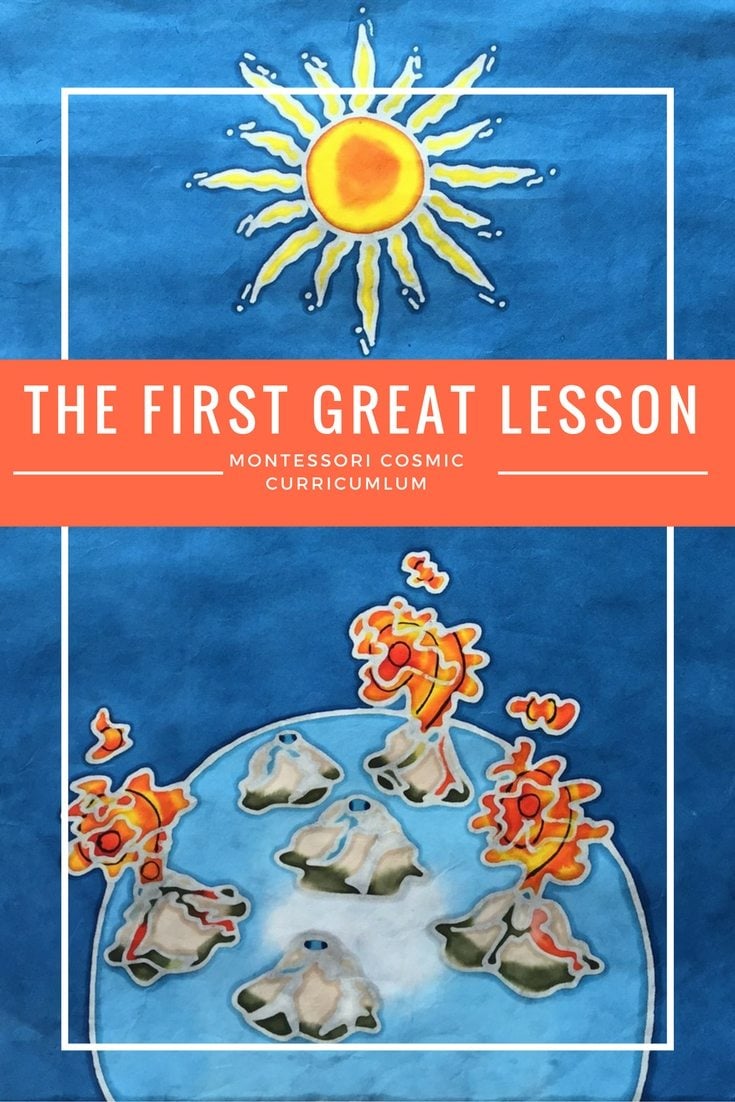 Elementary children are filled with awe as the story unfolds. They usually receive this lesson during the first few weeks of school. In To Educate the Human Potential, Montessori states, “Our aim, therefore, is not merely to make the child understand, and still less to memorize, but so to touch his imagination as to enthuse him to his inmost core.” 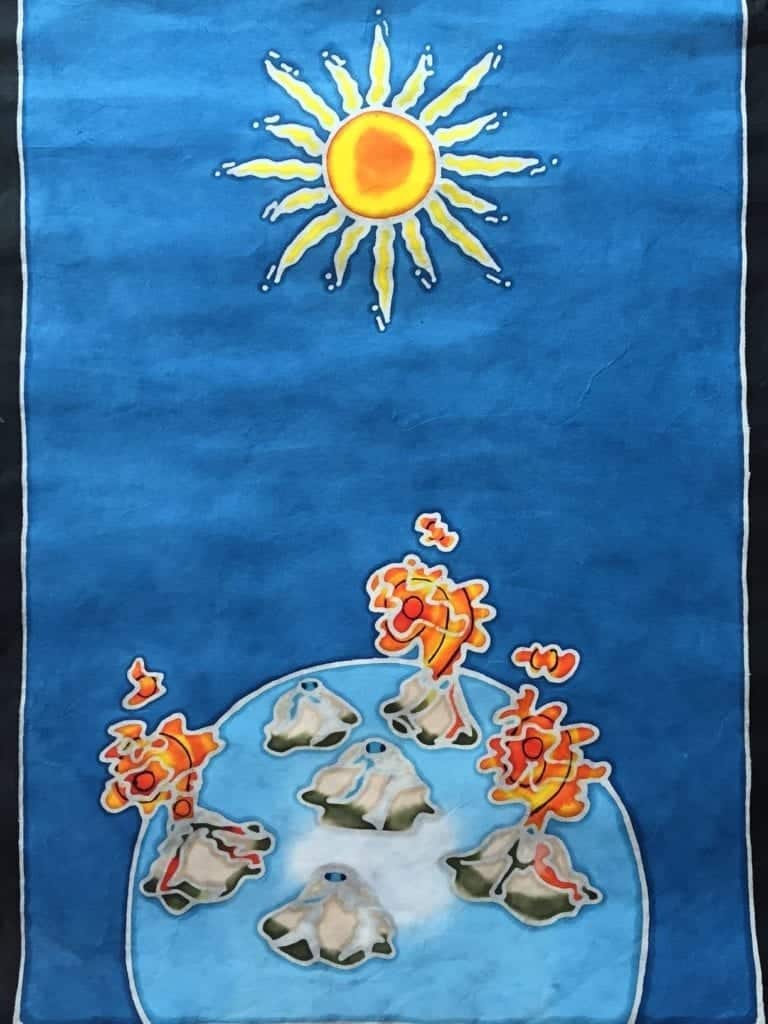 The story begins with a narrative about “The Great Spirit.” The first few sentences sound similar to the Bible. (Montessori was a Catholic.) Following this, however, various demonstrations and visual representations (either through posters or batiks) introduce the scientific laws governing our world.

As a result, children ask many questions after receiving this lesson. The studies of chemistry, physics, geography, history, and other cultural subjects begin captivating them.

After having this lesson, my son delighted in delving more into each of these areas, the First Great Lesson being the catalyst. There were questions about the history of the universe and the geography of the world. In addition, an increasing interest in science experiments and the why behind each one followed. He began his journey through the Cosmic Curriculum and I cannot wait to join him on the journey!

More about the Author

Maria Burke has a Bachelor’s Degree in Elementary Education as well as a Bachelor’s Degree in French from the University of Arizona. She obtained her Master’s Degree in Curriculum Education from Lesley University and holds certification through the American Montessori Society for ages 3-12. She currently teaches upper elementary at Abintra Montessori School in Nashville, Tennessee. Maria also owns Lighthouse Learning, LLC, and creates supplemental educational resources for academic subjects as well as proprioceptive materials.