Home » Parenting » A Simple Change in Verbiage Made All the Difference

For so many years, we have heard the advice that begs to ask your child “how would you feel if…”

I took this approach with my three boys for years. Yes, years. My oldest is almost nine and I have been practicing positive communication – acknowledgment, validation, and so on…since in-utero.

You think I am kidding.

A few weeks ago I read a book called “Boys Adrift” by Leonard Sax. {You should totally check it out.} In this book, Mr. Sax discusses the subtle difference in phrasing that makes or breaks a boy’s motivation. 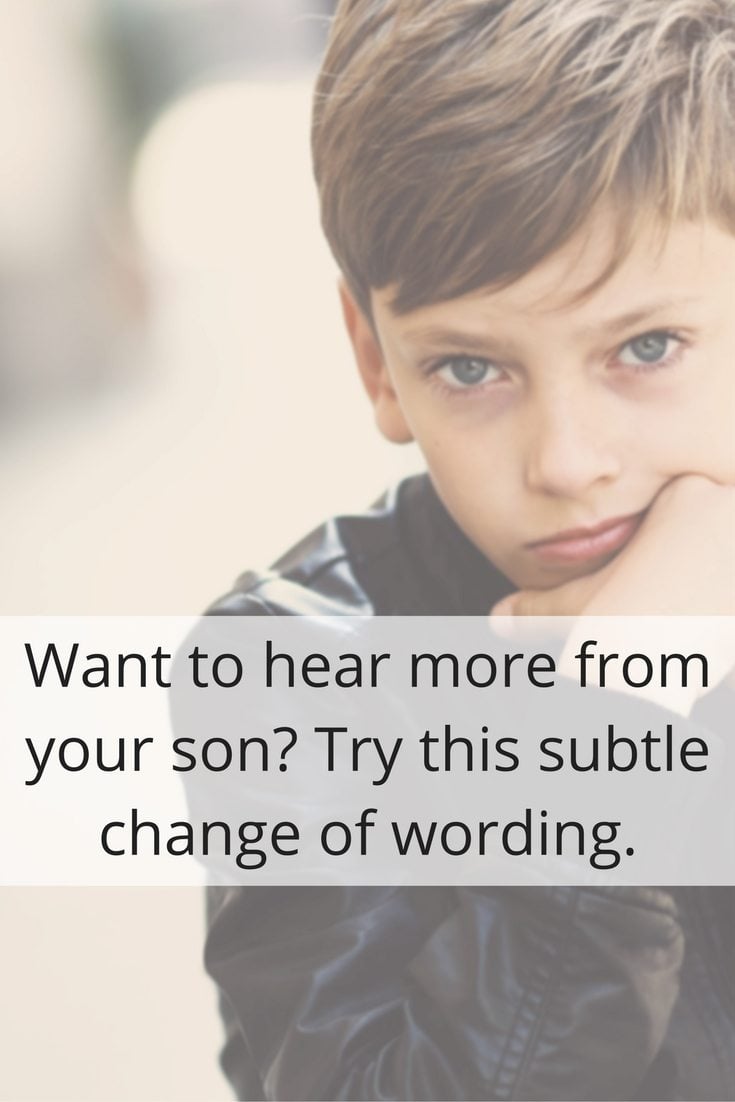 ‘How Would You Feel If’ Is All Wrong

The big secret revealed: instead of using the phrase “how would you feel if”, use the language “what would you do if…?”

For example, recently I had to discuss a bullying situation with my middle son (almost 7 years old). Instead of saying, “How would you feel if…” I asked him “what would you do if…”

This minor verbiage shift made a huge difference in his response. I was able to gather information unavailable to me in previous conversations and we were able to “role play” effectively to help my son and the boy being bullied.

Try it next time. A subtle shift in wording that makes a huge difference in communicating with your son.

In the meantime, check out 110+ Simple Ways to Love Your Son