. This Addition Snake lesson is found within Math Facts or Memorization of Montessori Math.  Typically children towards the end of their Montessori Early Childhood career will be given this lesson. Amazon offers a few reasonably priced Addition Snake Game

products. Enjoy this post on the snake math game!

Once you have brought the materials to a work mat, the first part of the Montessori Math Addition Snake Game presentation is to create two short bead stairs.

Presentation One: Search for Ten 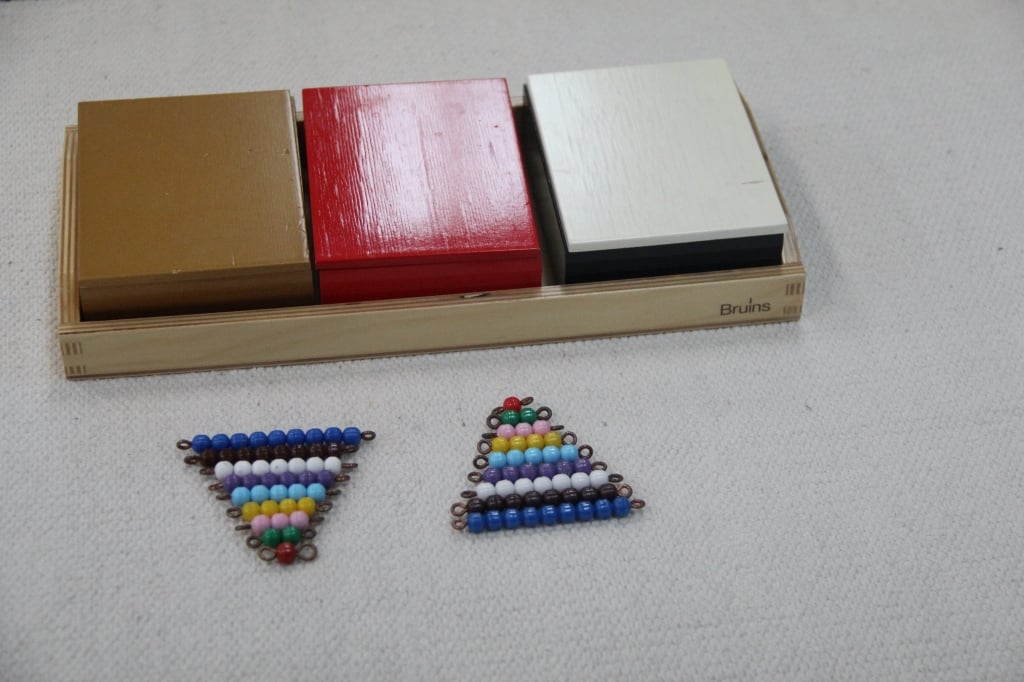 You create one right side up {with the nine bar at the base}.  Have the child create the other triangle inverted.

“Now we’re going to change the colored snake into a golden snake.”
Touch each bead with the counter as you count.

Repeat the process until the entire colored snake is replaced by golden beads. Move the colored beads back into a triangle or in a discard pile.

Line up the ten bars in the snake and count by tens to find the length of the snake. Offer the child a turn.


Make a long colored snake with the bars in random order.