Do you know those kids who can sit and solitary play alone for what seems like hours?

Yeah, those children aren't mine.

It felt like while other kids play by themselves, my children don't leave me alone. This scene was my reality yet I knew the importance of solitary play in child development. So, we worked on it, and, although painful at times, was a critical turning point for me and my kids.

Child development progresses through many stages. Development in early childhood encompasses a growing awareness of the world. Furthermore, children explore their movements within that world. As the child grows and develops, refinement of the physical, emotional, and social aspects of development also occurs.

While younger children develop in various ways and through a highly-complex range of factors and stimuli, “play” is critical. A closer look at the various stages of play can help you to provide a stimulating environment that is well-suited for your child’s age and abilities. 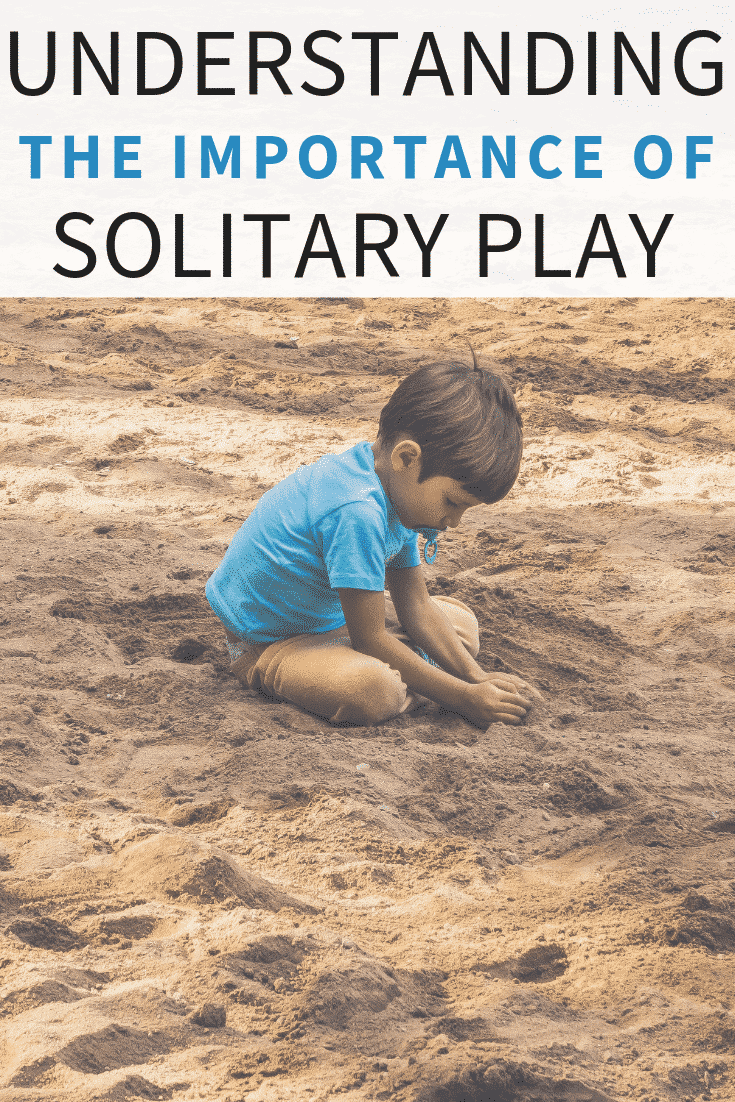 Understanding the Stages of Play

When Jean Piaget introduced his Theory of Play, he described four levels or types of play based on developmental stages. Subsequently, Piaget changed the perspective on child development. His theories were based solely on his observations of his children and opened the door for a deeper and more substantiated understanding of child development.

Stages of Play in Child Development

Today, a sociologist named Mildred Parten defines the stages of play including:

This is the first stage of play and is almost exclusively limited to newborns and babies. Babies engaged in unoccupied play appear to parents and teachers as being stationary and unengaged. They may also move randomly. This stage enables young children to develop motor skills and to learn about their environment.

Solitary or independent play is common in children between the ages of 2 and 3 years old, but even much older children enjoy playing alone at times. With this type of play, children learn how to entertain themselves at an appropriate physical and cognitive developmental level

Solitary activities often transition to onlooker play, which is when a child notices other children playing individually or in groups nearby. This stage of development often spans between 30 months and 42 months of age, but it is normal to occur outside of these ranges as well. In some cases, children will communicate with others who they are watching, but they will not join in. 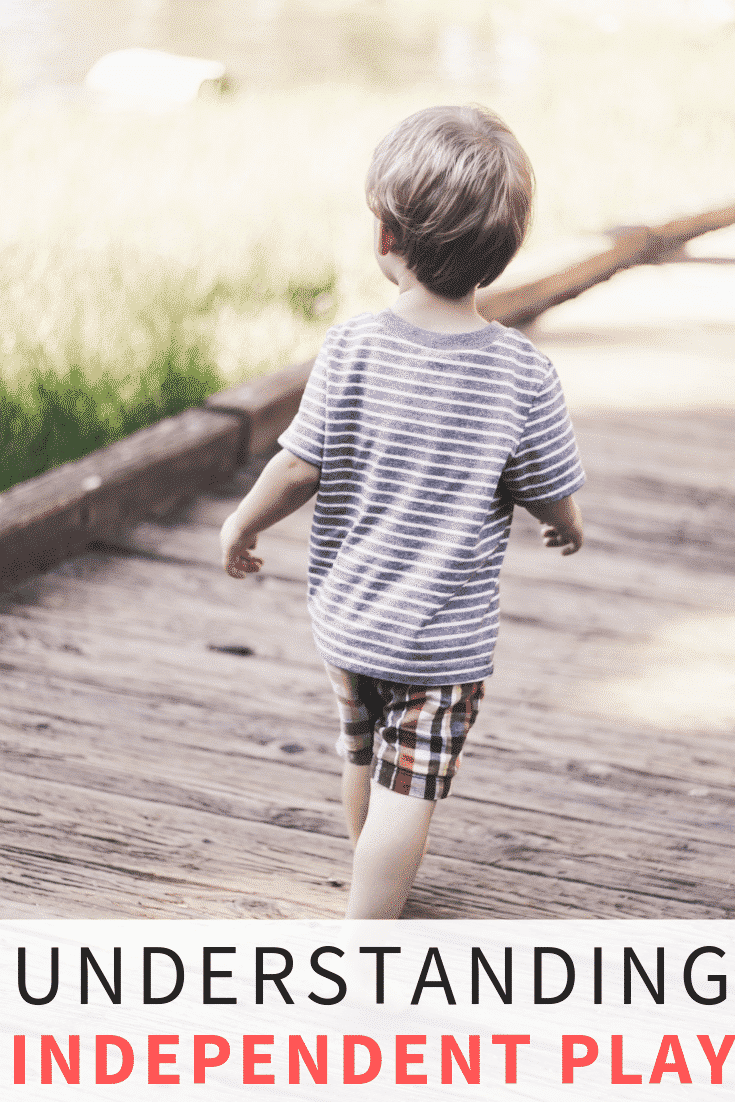 In parallel play, children may be playing with similar toys or doing similar activities as others nearby. They may pay attention to what the other children are doing, and they may even mimic them and communicate with them. However, they are not yet socially playing together at this point.

Associative play is the first stage when children begin interacting with each other in a more physical way, and it is common between the ages of 3 and 4 years old. For example, rather than observing and mimicking actions of a child nearby, they may actually be sharing toys or interacting on a deeper level. This is a basic level of social play that lacks rules or structure.

Between the ages of 4 and 6 years old, associative play evolves into cooperative play. A leader often governs play. Furthermore, the group may be working toward a common goal. Children learn how to communicate and thrive in groups through cooperative play. This play feeds into success in a school environment and beyond. 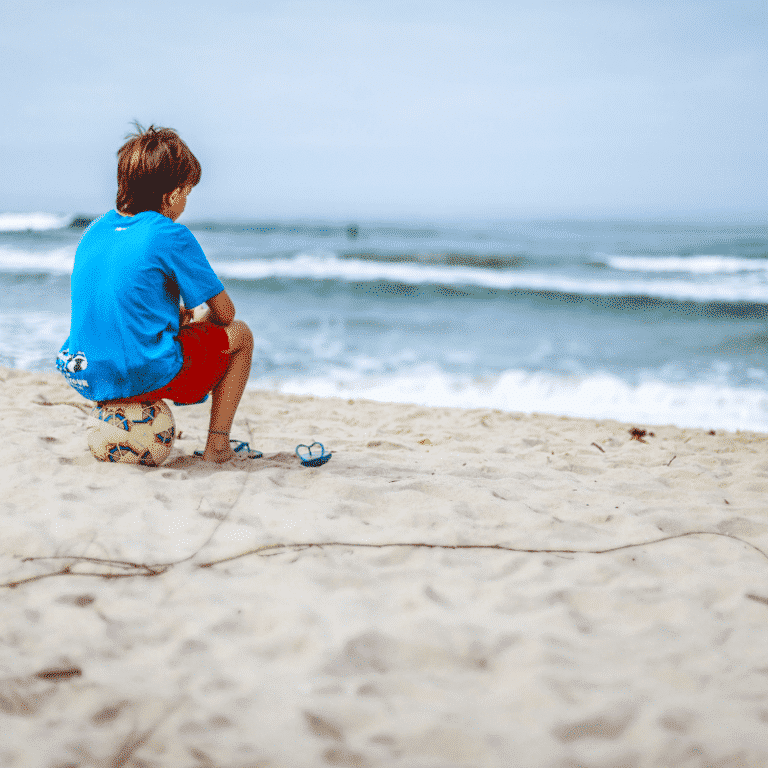 Exploring the Importance of Solitary Play in Child Development

As you can see, each stage of play develops skills that the child needs to move to a more advanced type of play.  Solo play serves several vital functions. For example, enabling children to find new and creative ways to entertain themselves, to improve their concentration capabilities, and to explore how things work. This type of play also instills a rudimentary sense of independence in the child.

Toddlers who engage in this type of play may not have the skills to engage in other types of play, so their activities may be more limited. One example of this type of play is building structures with blocks or putting together a very simple puzzle. Older children may engage in more elaborate forms of independent play based on their advanced development.

Some examples include developing a storyline when playing with action figures or dolls, building an elaborate blanket fort and more. For older children, this type of play may be a way to express their creativity. Furthermore, it may be a way to safely explore social situations based on their own understanding of the world.

Encouraging Independent Play in Your Child

While solitary play is common in children between the ages of 2 and 3 years old, you can begin encouraging your child to play more independently several months before this age depending on his abilities and interests. For example, you can place a few age-appropriate toys on the floor near your child. Begin by interacting with your child while playing with the toys, and pause periodically to watch your child’s actions. You'll notice your child absorbed in his interactions with toys for a few minutes at a time.

Solo play can be a monumental milestone in a child's development for parents or caregivers as well as for children. When children entertain themselves for a few minutes at a time, parents can use the time to tackle essential chores. However, never leave a child this age unattended or unobserved regardless of how fascinated he or she may seem by a toy or activity.