With all the frustrations that come along with potty training & constipation, do you also feel as though something else might be going on?

This post focuses on the idea that just maybe your Child’s Accidents are More than Just Accidents, probably a different perspective from that of which you’ve heard before. There is a “silent epidemic” happening in the United States. The epidemic relates to potty troubles research proven due to children holding “it”.

Children’s potty troubles often being at school because they are unable to honor their bodies needs either by feeling rushed or without privacy (lining up before recess, for example) so their bodies don’t expel all the waste or by having to wait to use the bathroom instead of going the bathroom when they truly need to use it. I know almost all of you are teachers, parents, and grandparents of young children. So, I felt strongly that I had to share our story with you.

Our middle son was a classic early potty trainee. Really, I didn’t train him. His older brother did so by modeling. He was only 22 months and fully out of diapers. Fast forward one year and we ran into problems. He began complaining about his belly aching.

Then he started preschool and began to have accidents, more and more and again and again. It didn’t stop or even get better. The day I walked in on him in his classroom’s bathroom pants off/down staring at the toilet smeared with poop with such profound sadness I burst into tears on the spot (you know the kind of tears you choke back and hide from your kids. I cried the whole way home.) was the moment of clarity. The next day I pulled him from school.

Some of you are aware that we pulled our son from preschool last fall, just a few months after the start of the school year. His behavior regressed not only with toilet training but also with his temper. When we voiced concern to the people in our lives, we got the ‘he’s not even three yet’ and ‘the bigger deal you make of it, mom and dad, the bigger deal it becomes…’. As his mother, though, I felt with all my heart that there was something more to the story. 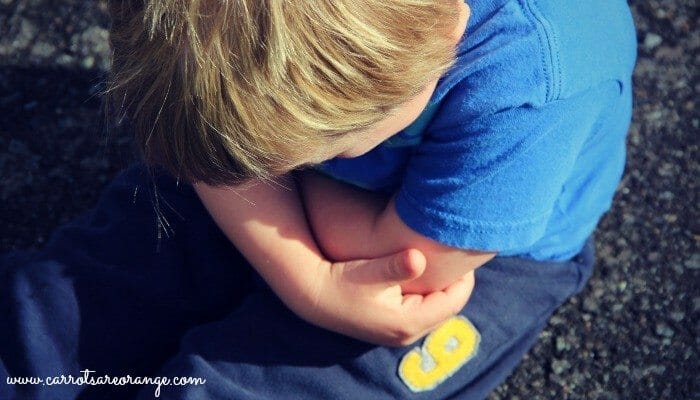 Trust instinct to the end, even though you can give no reason. ~ Ralph Waldo Emerson

Alas, his behavior didn’t get better in the weeks following his withdrawal from school. So, I took him to see a pediatric urologist. The doctor was clearly gifted and experienced albeit patronizing in her dialogue with me. I tried to keep in mind that she treats children much older than my son for a problem that probably began at my son’s age. My main goal was to prevent a major long-term issue down the line. I knew as his parent that something wasn’t right.

Even though the doctor did not support it I demanded an abdominal x-ray. Much to my bittersweet affirmation, the X-ray revealed SEVERE constipation, which for young children means weakening of muscles that help with #2. Constipation of this sort also impacts bladder function, not to mention the emotional issues that come along with it. He had a mass of poop the size of a football in his little body. No matter the age, friends, sometimes it’s not just an accident. Sometimes, more often than we adults realize, accidents are in fact a real medical issue. 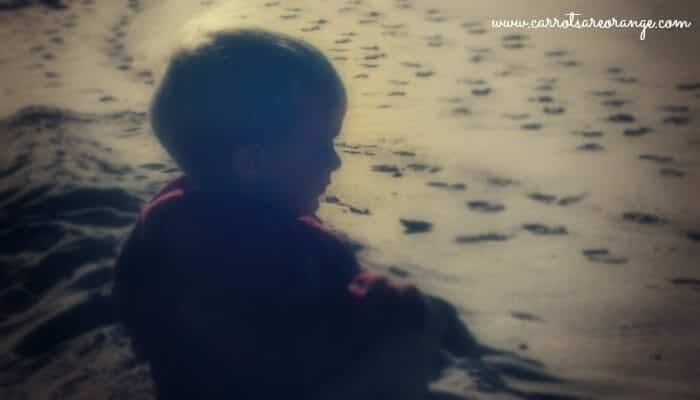 For a more comprehensive list of signs of constipation, please see page 34 of It’s No Accident: Breakthrough Solutions to Your Child’s Wetting, Constipation, UTIs, and Other Potty Problems

by Steve Hodges and Suzanne Schlosberg.

Constipation, The Book & Our Progress

I know I sound dramatic but this book changed our life. Our son was having major regressions with the toilet and his temper that didn’t seem right to us even at 3 years old. We were brushed off by teachers, administrators and even to some extent our urologist with the “he’s only 3” or “he’ll adjust”.

After withdrawing him from preschool and reading Steve’s book, as I mentioned, we took our son to see a urologist. After the x-ray revealed what my husband and I suspected all along, the pediatric urologist helped create a plan that included diet, routine, and supplements. We are on the road to recovery but it has been a long road and we are still traveling on it 7 months later.

After “diagnosis”, don’t under treat the issue. It will take many months, depending on the child, of course, to resolve the issues.

I have not been paid for this post. This story, the results and the opinions, are all my own. If it were not for this book, I would have surrendered to “waiting it out” while my son’s toilet and behavioral regressions “passed” & his constipation led to more issues.

Thankfully, we are able to be proactive to prevent any further negative physical or emotional impact on our developing son. We are on the road to wellness. My son is happier as he works the discomfort out of his system and is able to gain control over his actions once again. Thanks to this book, we were able to take control of the situation. I feel so very grateful. I highly recommend this book to any parent and educator who has doubts and wonders in this area.

Thank you. Please contact me with any questions or comments.

I hope we inspired you today!