I recently introduced the concept of illustration to my girls (ages 3 and 5). Being voracious readers, they’ve been exposed to numerous examples of illustration and have even created pictures to go with the stories they’ve made up. But, until now, they haven’t put an actual name to the process. 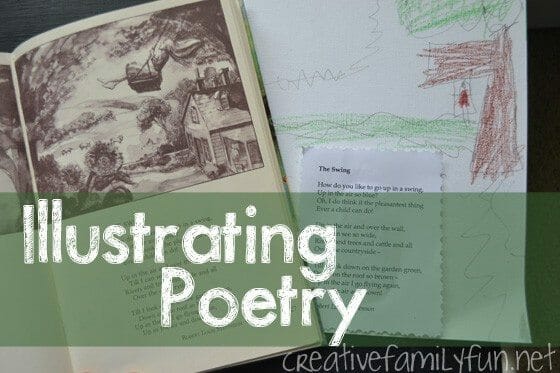 I chose a couple of poems from a collection of children’s poetry and asked them to listen with their eyes closed. I wanted them to try and picture the words in the poem in their head. We began with “The Cow” by Robert Louis Stevenson.

I deliberately chose poetry by Stevenson because his poems are very descriptive and are a nice choice for young children just beginning to understand poetry. After reading “The Cow,” I asked them what they saw.  We talked about all the pleasant images described in the poem. 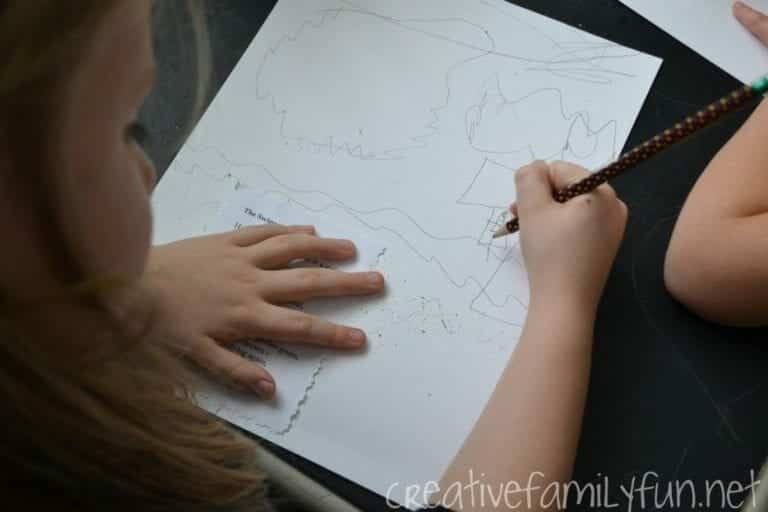 Next, it was time to try our own hand at illustration. We moved on to “The Swing,” also by Stevenson. One of the reasons why I chose this poem was because it was one of my favorites growing up. I’d love it if my girls grow to love this poem as much as I do. Plus, I knew the girls would be able to relate to the poem. After all, they love to swing! 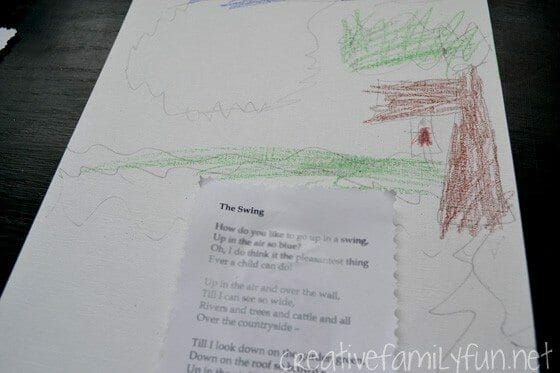 They listened again with their eyes closed. I asked them to picture what they see when they are riding on a swing. We read the poem a couple of time, and then I had them draw what they saw. I told them that by drawing pictures to go along with the words of a story, or poem, they were illustrating. My little illustrators settled in and started drawing. 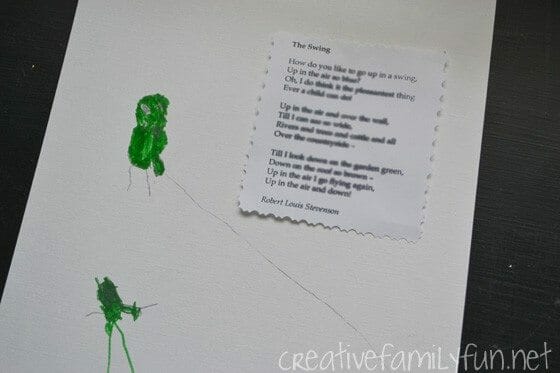 Lizzie, my 5-year-old, drew a picture of herself in a tree swing looking at the clouds in the sky and the grass on the ground. AJ, my 3-year-old, apparently sees green monkeys while she swings. Who knew?

The next time you are reading a story, or poem, to your kids, ask them to draw a picture to illustrate it. It’s a great way to promote early literacy, storytelling skills, and reading comprehension. You’ll never know what they’ll picture in their mind! Both poems we used can be found in “A Child’s Garden of Verses” by Robert Louis Stevenson.

Terri is the writer behind Creative Family Fun. She is a mom of two girls who enjoys reading, cooking, and creating. Stop by Creative Family Fun for crafts, activities, and family fun! You can also find her on Pinterest, Google+, and Facebook.