Montessori » 15 of the BEST Maria Montessori Quotes on Educating Children

You have heard me talk about the Montessori method as a lifestyle in every learning environment no matter if at home, at school, outdoors, indoors, or out in the community. In other words, Montessori is a life philosophy to embrace and carry with us for a lifetime.

Dr. Montessori’s work is full of wisdom. This post includes some of my all-time favorite Maria Montessori quotes on love, nature, and educating children from the Absorbent Mind and her other work. These education quotes serve both teachers and parents. 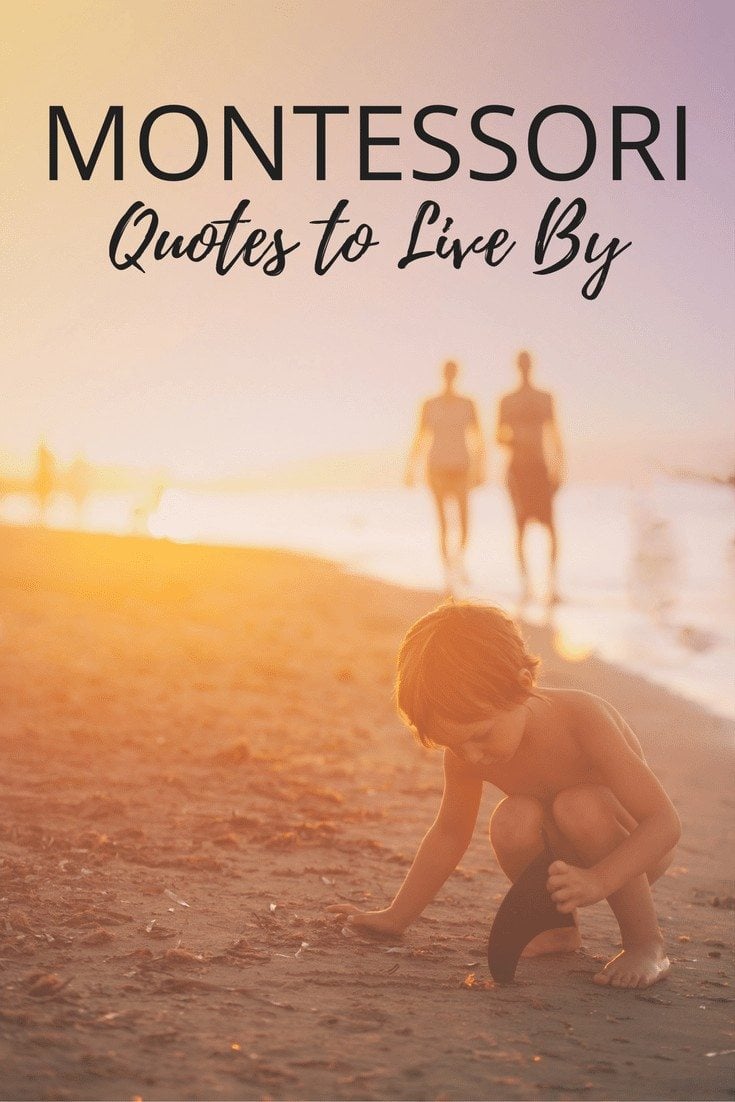 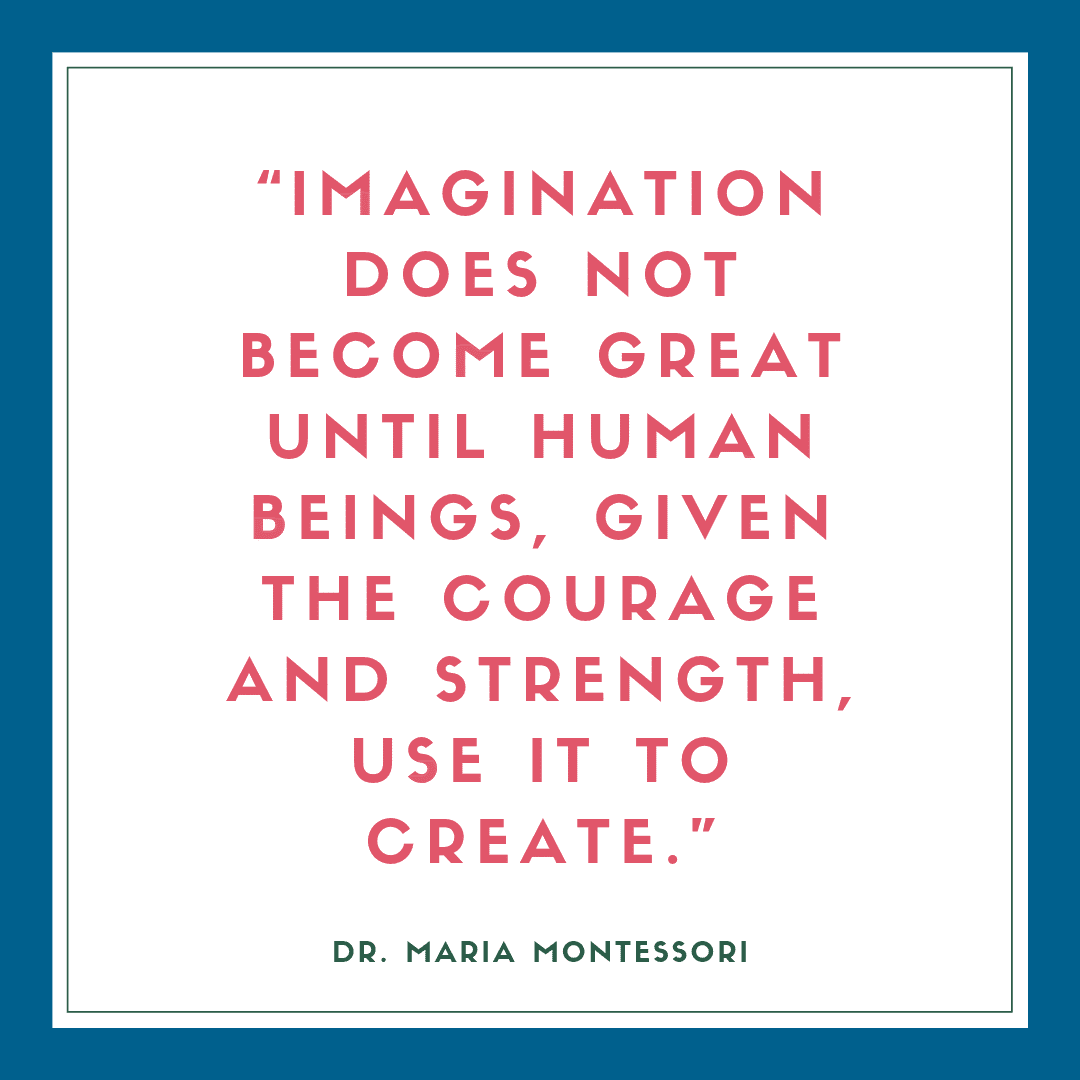 Imagination does not become great until human beings, given the courage and strength, use it to create. Our care of the child should be governed, not by the desire to make him learn things, but by the endeavor always to keep burning within him that light which is called intelligence. 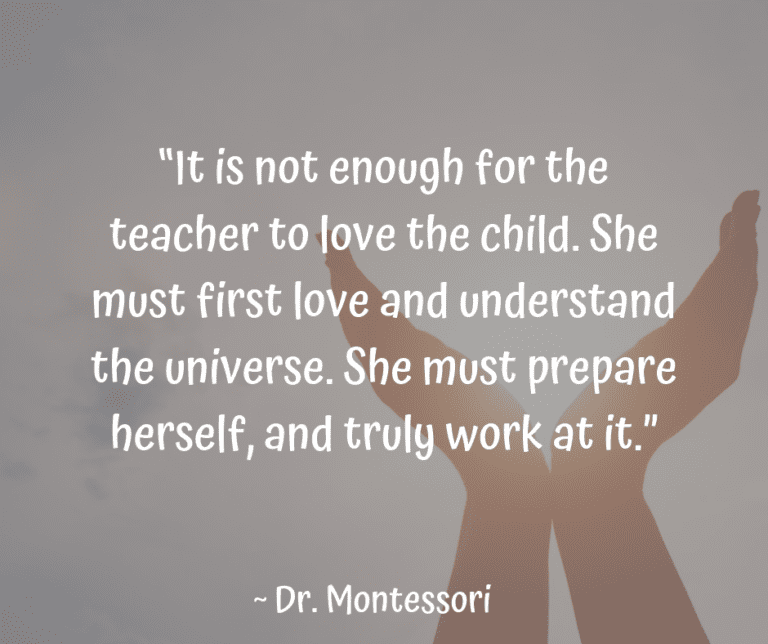 It is not enough for the teacher to love the child. She must first love and understand the universe. She must prepare herself, and truly work at it.

We cannot know the consequences of suppressing a child’s spontaneity when he is just beginning to be active. We may even suffocate life itself.

That humanity which is revealed in all its intellectual splendor during the sweet and tender age of childhood should be respected with a kind of religious reverence.

It is like the sun which appears at dawn or a flower just beginning to bloom. Education cannot be effective unless it helps a child to open up himself to life. 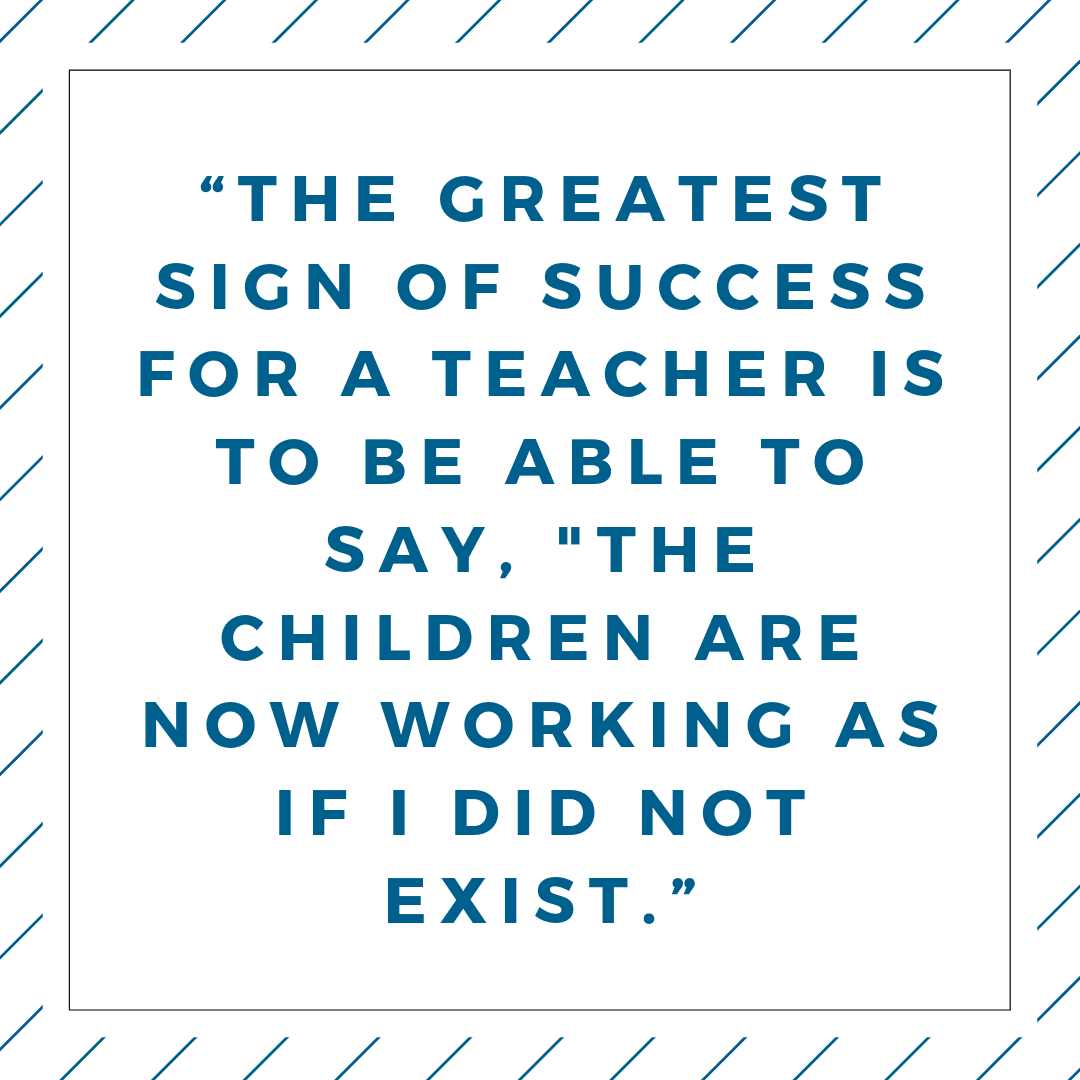 The greatest sign of success for a teacher is to be able to say, “The children are now working as if I did not exist.” 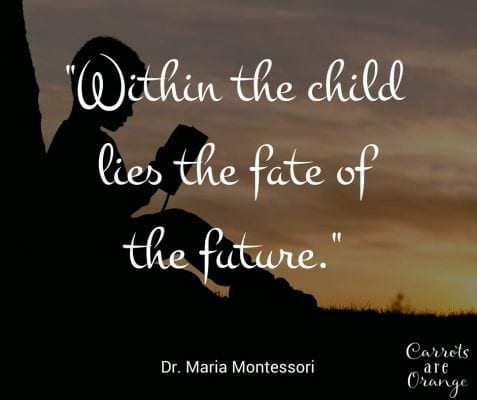 Within the child lies the fate of the future.

Of all things love is the most potent.

Do not erase the designs the child makes in the soft wax of his inner life.

Respect all the reasonable forms of activity in which the child engages and try to understand them. 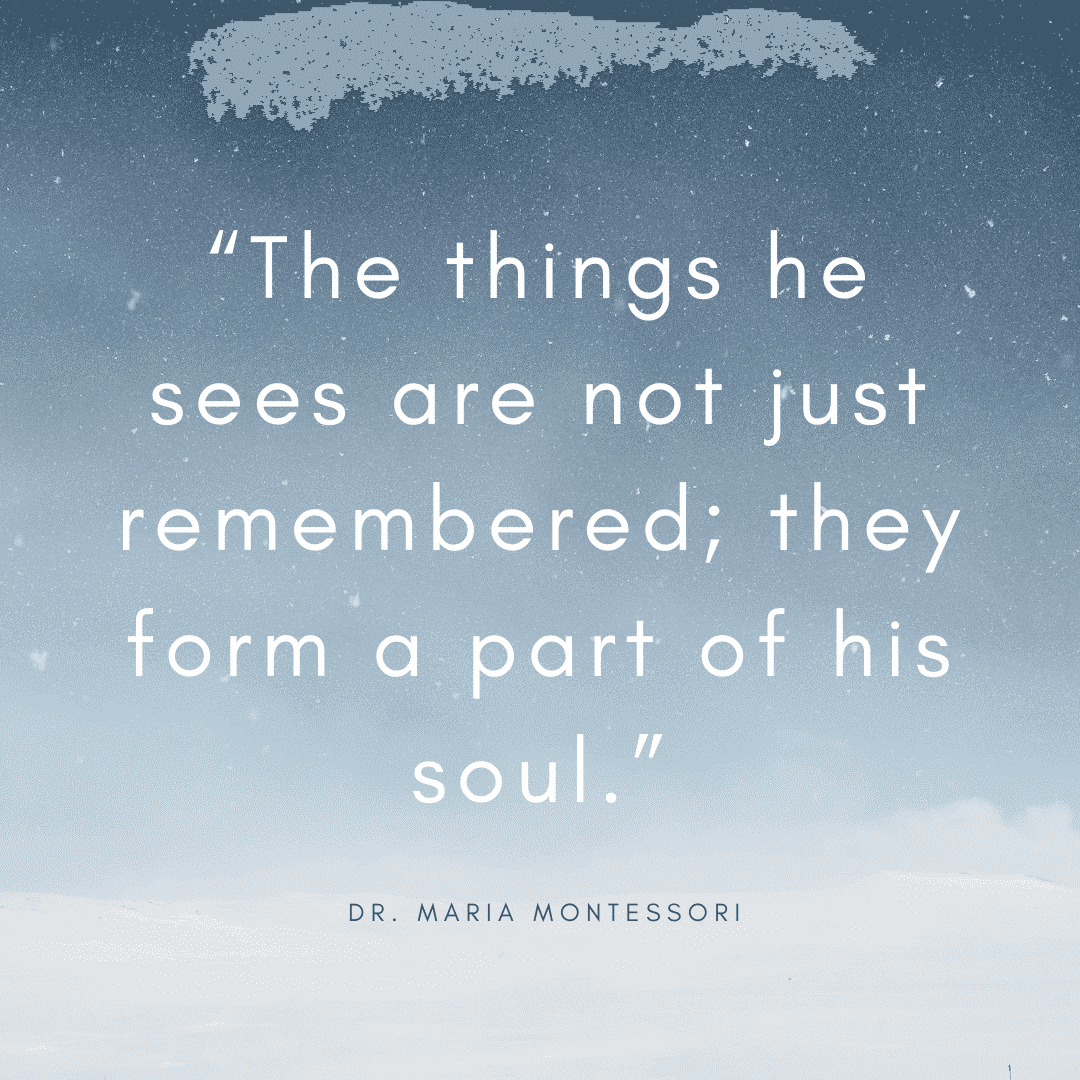 The things he sees are not just remembered; they form a part of his soul.

A child in his earliest years, when he is only two or a little more, is capable of tremendous achievements simply through his unconscious power of absorption, though he is himself still immobile.

After the age of three, he is able to acquire a great number of concepts through his own efforts in exploring his surroundings. In this period, he lays hold of things through his own activity and assimilates them into his mind. 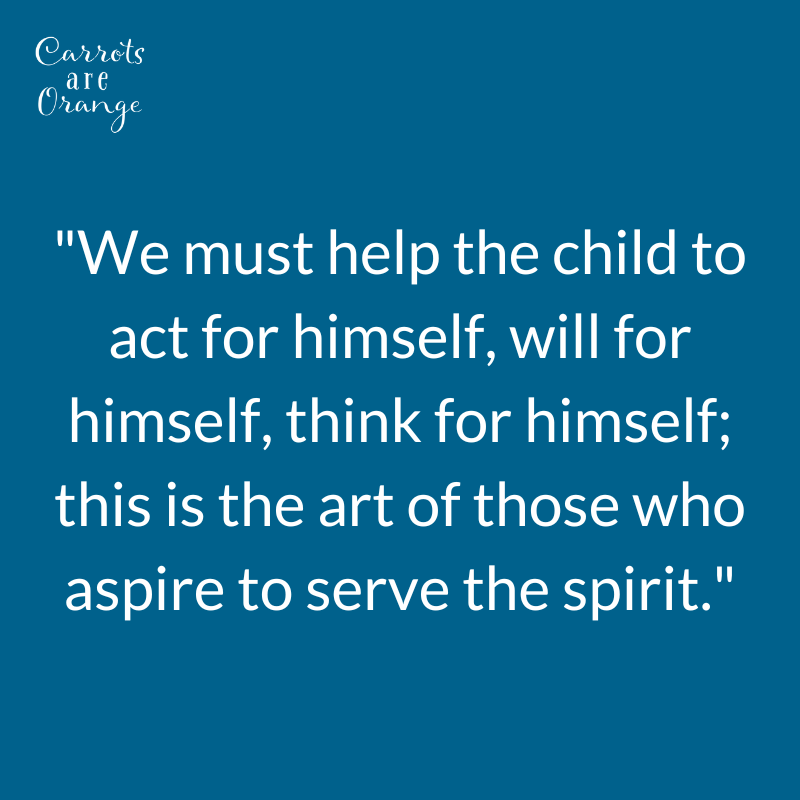 An education capable of saving humanity is no small undertaking; it involves the spiritual development of man, the enhancement of his value as an individual, and the preparation of young people to understand the times in which they live.

We must clearly understand that when we give the child freedom and independence, we are giving freedom to a worker already braced for action, who cannot live without working and being active.

All my best,
Marnie

My Favorite Montessori Resources for Inspiration