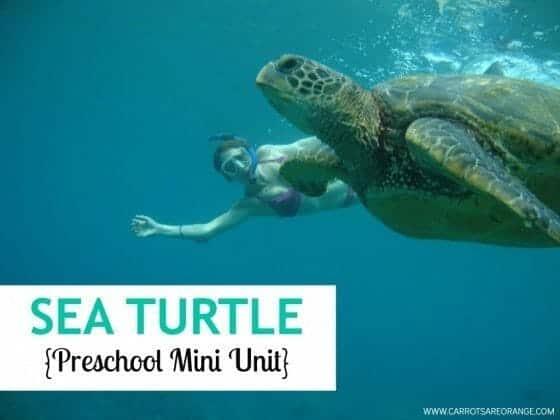 Language – I made these Sea Turtle Species three part cards to identify the seven species of Sea Turtles. Here is a great online resource for learning about the different Sea Turtle species.

Practical Life – I created a sea turtle transfer tray with tongs, two identical bowls (one with the sea turtles and one empty to present) and ten mini sea turtles from Safari.

Sensorial – I found this great Tangram site and downloaded this sea animals tangram print out. I pulled out our Melissa & Doug Pattern Blocks and let my son at it.

Math – I created a number seven to represent the seven main species of sea turtles. Then I had my son cut out these mini sea turtles to decorate onto the number seven with glue, crayons, and markers.

Have fun and thanks for stopping by!