This post contains a list of Children’s Books Celebrating Creativity! Finding stories about creativity and imagination is a priority for me as a parent. I want to model the behavior, too, but the “real life” examples of what is possible by sticking to your dreams and believing in yourself are critical in that journey. 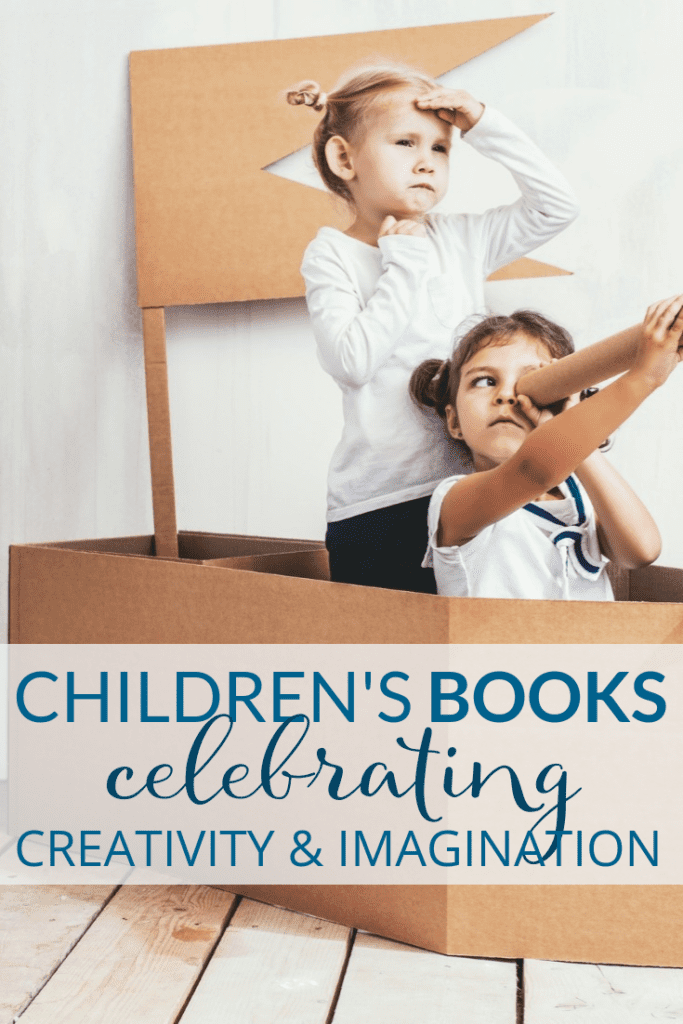 Furthermore, the idea that being “creative” is about problem-solving, critical thinking, perseverance, failing, and imagination. Creativity comes in different forms across a variety of topics and talents. I wrote about four Engineering Books for Children. Below are a few more ideas for your bookshelf.

is full of passion, bubbling with ideas, loves life and is admittedly quirky. His inventive mind wins the hearts of all those people around him and eventually brings him to a fancy position “inventing” without distraction. He quickly realizes that he is without ideas. His muse is his family, his music, his painting, and his freedom. The idea that “selling out” distinguishes his creativity and success entirely is a bit overblown. Still, the point is there is a good one. Be true to yourself, what drives you and what inspires you and the world will take care of itself.

I was reluctant to read A Wizard from the Start: The Incredible Boyhood and Amazing Inventions of Thomas Edison

at first. My boys asked to read it as a bedtime story. At first glance, I thought it was too wordy with too many historical facts thrown in. I was pleasantly surprised by the manner in which Thomas Edison’s story was told to young readers. I did leave out the dates, replacing them with “long ago”, etc, or simply left out the dates altogether.  These dates don’t mean much to young children who haven’t yet developed the capacity to truly understand “history”. Edison certainly marched to the beat of his own drum and continued to follow his dream without hesitation or reservation, even meeting failure along the path.

by Lee Bennett Hopkins is a wonderful collection of poems highlighting creativity in all shapes and sizes from the band-aid, the straw, and velcro. I particularly enjoyed this book because it celebrates the one idea and the imagination of one person. Life can feel lonely for the particularly creative and knowing that some familiar, everyday objects were invented by like-minded individuals brings great solace to young children.

by Guilia Belloni and Marco Trevisan is a sweet book about a sheep and a wolf determined to find a way to fly like the birds. Met with failure after failure their partnership perseveres until the two succeed. The underlying message is about believing in yourself. In other words, accepting and working with failure and opening up a world of possibilities.

The Heart and the Bottle is the story of a young, curious girl full of imagination. I like the idea with which the idea opens: she has a mentor, presumably the elderly man is her grandfather, who encourages and guides her. He helps her develop a sense of security and a will to develop and to use her wonder and delight of the world. Alas, her mentor goes away, and with a heavy heart, she takes the long road back to finding her curious self again but she does make the road back.