Montessori Math generally speaking and the Montessori math beads (more specifically) are beautiful on many levels. The Montessori math lesson sequence is carefully thought out, is not sequential per se, yet each lesson builds upon one another.

The Montessori way of teaching numbers is unique and I believe has the power to positively impact a child’s experience with math.

Dr. Montessori believed that the brain is naturally drawn to precision, to organize, to compare, to create order out of disorder, to classify and to quantify patterns and relationships. Yes!

The way Montessori approaches math begins early on in a child’s life. Dr. Montessori believed that human beings are born with a propensity to naturally be driven to calculate, to reason and to create within their environments.

However, without guidance and nurturing within their environments, the capacity to perform such thinking is eventually lost. In order to develop and to function at greatest capacity, a child’s experiences must lend to the innate mathematical mind.

So, exposing a child to these concepts early in his life is vital to the later development of more complex math concepts. Without this exposure, his brain won’t be ripe for advanced learning and critical thinking.

In a sense, the brain will reject this type of thinking because of a lack of preparation to accept more complex information.

Often difficult to observe and subsequently accept, especially by parents, the emphasis in a Montessori classroom is on the process, not on the product, of the child’s work.

“The focus is not on the answer – it’s on how your child gets the answer. This is contrary to the usual way we operate in the adult world, where results are the primary goal to be reached.” ~ Michael Duffy, Math Works

Montessori promoted the belief that math in the early years prepares a child for logical and critical thinking, not for memorizing mathematical facts.  Math to a young child’s developing mind is not about facts and memorization.

Math in a young child’s life, especially his early years, deals directly with shapes, patterns, and spatial relationships he experiences within his environment. He absorbs these experiences and this information into his brain making it ripe for further developing and nurturing.

Current brain research indicates that learning patterns begins in utero with learning light and dark, day and night, tones and patterns of voices of people, music, and objects in the environment, and being still and being active.

Music and exposure to languages other than a child’s native language are particularly beneficial to the child for these reasons.  Montessori observed that order draws children.

Thus, routines are critical for a child’s development. Routines give children an entrée into logical thinking.

Dr. Montessori did not have the luxury of modern medicine and research to support or to explain her conclusions. Thankfully, current brain research now tells us much of what Dr. Montessori concluded through observation of children. As this research specifically relates to Montessori materials, I will attempt to review in a short paragraph:

Not surprisingly, there is more to the left brain/right brain story. In fact, current brain research indicates that the right hemisphere processes new information and challenges.

While the left hemisphere manages the information already familiar to us. Montessori materials such as geometric shapes actively connect the right and left sides of the brain.

Montessori Math Materials & the Sides of the Brain

Furthermore, the materials allow a child to self-correct (also known as “control of error”). This activates the part of a child’s brain responsible for the most advanced thinking, the frontal cortex.

The discovery process directly involves the child in finding an answer. Math materials require no direction from an adult. The child concludes whether the answer is correct. If not, then adjustments are necessary in order to find the path to the “correct” answer. This process is where neural growth truly occurs in a child’s developing brain.

The Montessori Math Sequence is not a straight path. There is a path, not set in stone. Some lessons (Numeration & Place Value) are given in order, while others (Linear Counting & Math Facts) can be given and practiced by the child simultaneously. Check out the Montessori Math sequence post for links to lessons. 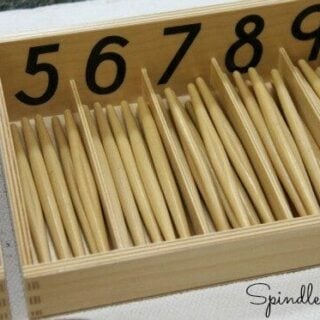 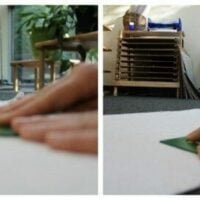 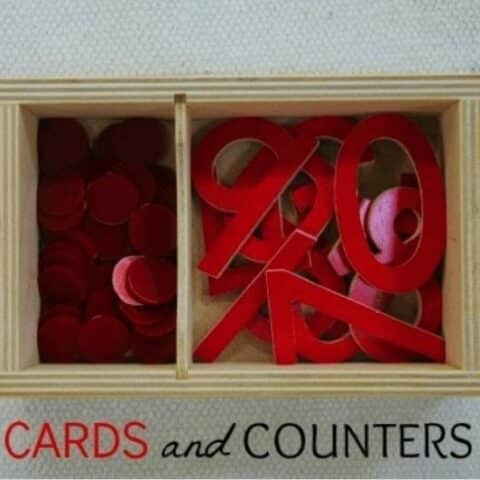 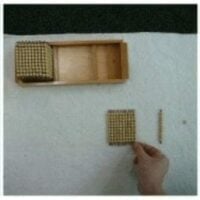 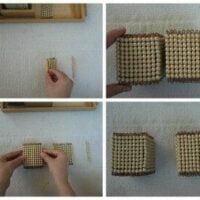 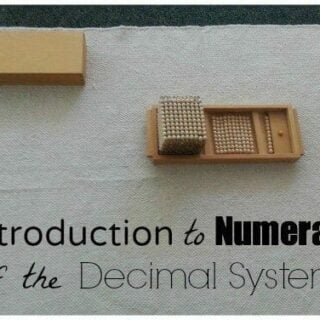 Montessori Math Introduction to Numerals of the Decimal System 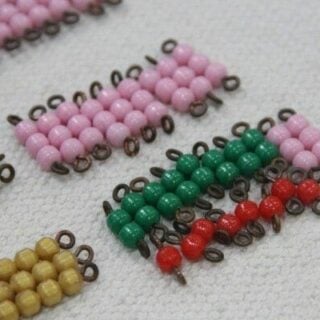 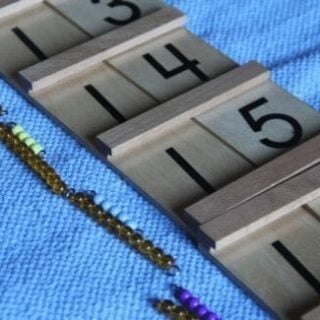 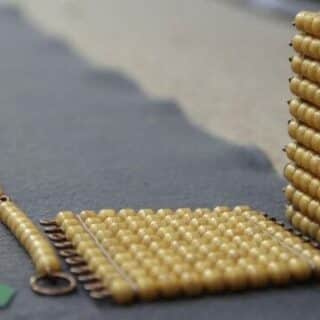 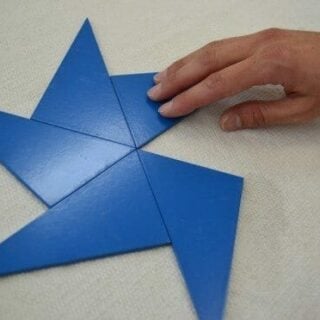